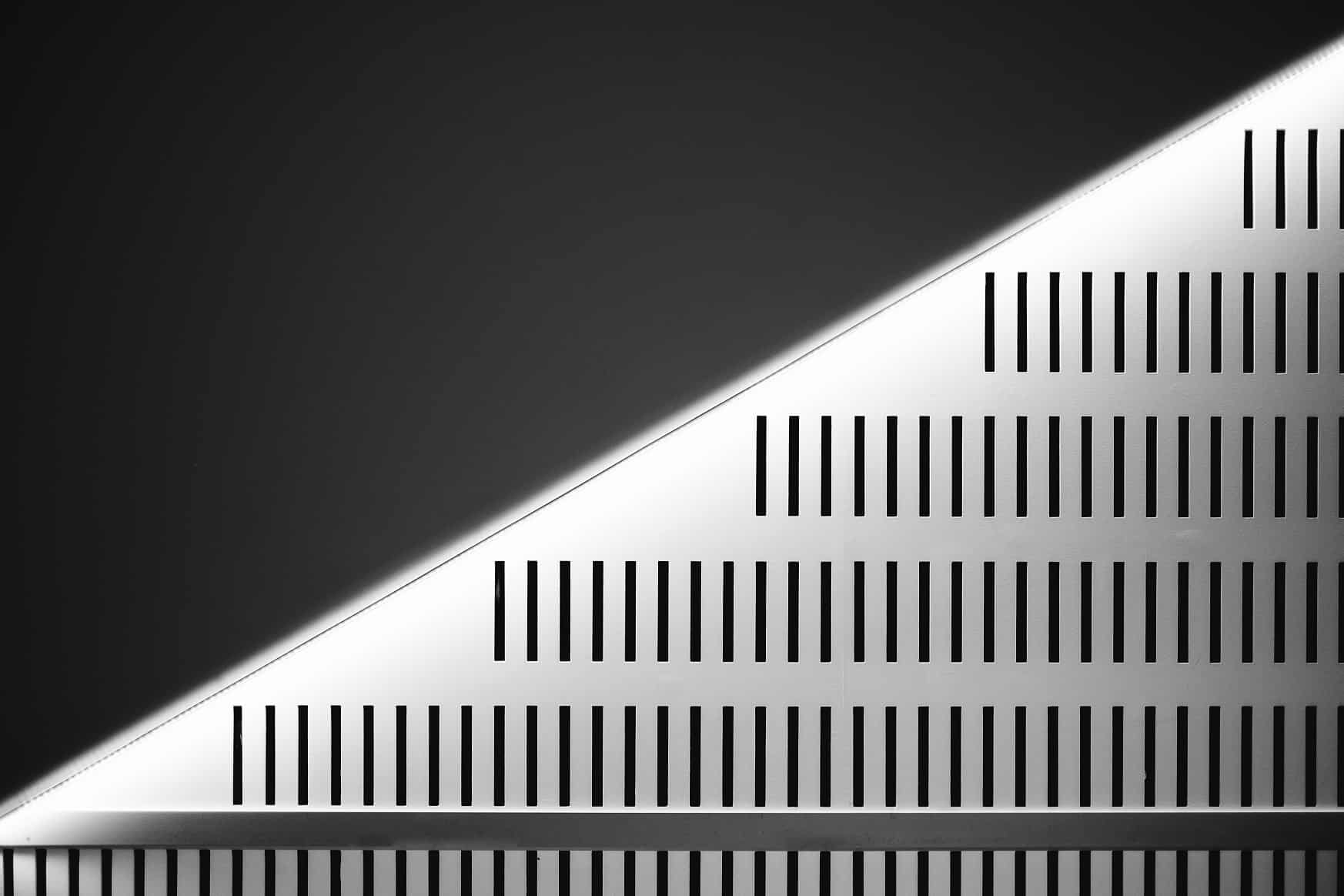 With the rapid rise in cloud adoption, it’s important to know of the key cloud computing terms and definitions. Many of us are still trying to wrap our heads around cloud. The terminology featured in this list refers primarily to cloud infrastructure solutions including public, private, hybrid, and multi-cloud servers, storage, and networking services.

Many of the cloud terms and definitions in this list apply to all cloud service providers (CSPs). IT also applies to specific providers such as Amazon Web Services (AWS), Microsoft Azure Cloud, Google Cloud, and IBM Cloud.

1) Infrastructure as a Service (IaaS)

What is Infrastructure as a Service (IaaS)? It is a type of computing infrastructure that is provisioned and managed over the internet. With IaaS, you can quickly scale up and down with demand. You also pay only for what you use. It also helps with the capital outlay and complexity in buying and managing your own physical servers.

IaaS is offered by hundreds of cloud providers but is dominated by companies such as Amazon Web Services (AWS), Microsoft Azure, and Google Cloud. These providers manage the underlying infrastructure while you are responsible for the provisioning, installation, configuration, and management of your own software including operating systems (OS), middleware, and applications.

2) Platform as a Service (PaaS)

What is Platform as a Service (PaaS)? PaaS is a type of cloud computing service where both development and deployment environments are in the cloud. This allows users and developers to quickly spin up resources without provisioning or configuring the underlying compute or storage infrastructure. With PaaS, you can deliver everything from simple cloud-based apps to enterprise applications.

PaaS differs from IaaS in several ways. IaaS user or customer is responsible for provisioning, install, configuration, and management of software, OS, middleware, and applications. This is not the case with PaaS. It includes all of the infrastructure such as servers, storage, and networking. It also includes the middleware, development tools, business intelligence (BI), database management systems, and more.

With PaaS, you manage the applications you develop, and the cloud provider manages everything else.

3) Software as a Service (SaaS)

What is Software as a Service (SaaS)? SaaS allows customers and users to connect to and use cloud-based software applications over the internet. SaaS provides users with software that is purchased on a licensing or pay-as-you-go basis from a cloud provider. This is opposed to software that is installed locally on desktop or laptop. With SaaS, users connect to the software over the Internet, usually with a web browser.

What is public cloud? The public cloud can be defined as a multi-tenant computing service offered over the public internet. Public cloud is for users that want to access compute infrastructure on-demand with increased scalability, elasticity, and on a pay-per-use basis for CPU cycles, storage and bandwidth consumed over a given time period such as per minute, per hour or per month.

The benefits of public cloud include shifting from CapEx to OpEx for compute and storage infrastructure. Public cloud also allows customers to right-size infrastructure to their IT workloads, application and data requirements. If implemented correctly with the right security methods such as intrusion detection and prevention systems (IDPS), public cloud can be as secure as private cloud.

What is private cloud? Private cloud can be defined as a single-tenant computing service offered over the public internet, dedicated internet connection or internal network. With private cloud, the underlying infrastructure is accessible only to select users instead of the general public.

Private clouds provide many of the same benefits of public cloud such as self-service, scalability, and elasticity plus addition control and customization features. Private clouds also offer additional layers of security and privacy ensuring that mission-critical applications and sensitive data are not accessible by third parties.

What is hybrid cloud? Hybrid cloud, hybrid IT, and hybrid infrastructure are often confused. A hybrid cloud is a computing environment that includes a combination of both public and private cloud infrastructure. Certain data and applications may be better suited for private cloud while others are fine operating in public cloud. Private and public clouds can work together to compute, process, and store diverse IT workloads in the cloud.

Hybrid clouds offer the best of both worlds. You get the benefits of public cloud with the flexibility, scalability, and cost efficiencies paired with private cloud which offers the lowest possible security threats and data exposure.

What is managed cloud? Managed cloud, also referred to as cloud managed services or cloud management, allow customers to deploy cloud-based services such as IaaS, PaaS and SaaS without having the internal staff, resources and technical expertise to install, monitor, and manage it on an ongoing basis.

The benefits of managed cloud include access to a team of specialists experienced in public, private, and hybrid cloud architectures. Many MSPs offer cloud management for multi-cloud infrastructure.

Multi-cloud architecture is used when customers want to leverage a certain cloud provider for certain services such as a public cloud server and another cloud provider cloud-based object storage. The reason for deploying a multi-cloud approach includes improving security and performance while potentially lowering costs within an expanded portfolio environment.

The most common use case for hybrid IT would be the use of physical servers located in a colocation data center and the use of public or private servers in the cloud. Many customers use hybrid IT for the following reasons when there are issues with virtualization of deployments involving legacy workloads, software licensing issues, regulator or compliance requirements, or data security.

What is CPU? A Central Processing Unit (CPU), also referred to as the main processor, is an electronic chip comprised of circuitry within a computer that executes instructions from programs that run or perform tasks. Tasks include the basic arithmetic, logic, controlling, and input/output operations specified by the instructions in the program.

In cloud computing, the CPU is commonly referred to as the vCPU or virtual CPU. In this case, a vCPU (virtual CPU) represents a portion of a physical CPU that is assigned to a virtual machine (VM). A vCPU is also known as a virtual processor.

What are cores? In cloud computing, hypervisors control the physical CPU within the cloud server. CPUs are divided into what are known as CPU cores. Each core can technically support 8 virtual processors (vCPUs). However, the vCPU does not represent a 1:1 allocation. It represents the time on the physical CPU resource pool. A virtual processor is best described as the amount of processing time spent on the CPU. Some people mistakenly think that 1 vCPU is equal to 1 core. However, a one to one relationship between vCPU and core does not exist.

What is GPU? A Graphics Processing Unit (GPU), also known as a video card or graphics card, is a specially designed computer chip that performs quick tasks and frees up the CPU to perform other tasks. CPUs use a few cores which are focused on sequential serial processing. GPUs have thousands of smaller cores that are used for multi-tasking.

There are two types of GPUs. Integrated GPUs are located on within CPU and share memory with the CPU’s processor. Discrete GPUs have their own card and video memory (VRAM). This means that CPU does not have to use RAM for graphics.

What is RAM? Random Access Memory (RAM) is the short-term memory of a device. RAM is responsible for temporarily storing or remembering everything that runs on your computer. This includes short-term memory for software, documents, web browsers, files, and settings.

Data that is stored in RAM can be read from anywhere and almost at the same speed. This is opposed to having your CPU search your hard drive every time you open a new browser window or application. Traditional storage including HDD and SSD is still very slow compared to RAM.

An important thing to remember about RAM is short-term rather than long term. It is a volatile technology which means that once it loses power, it no longer has access to the data. That is what traditional, long-term hard drives are for.

What is IOPS? IOPS is the acronym for Input/Output Operations Per Second. It is a common performance measurement used in the benchmarking of computer storage devices such as hard disk drives (HDD), solid-state drives (SSD), and storage area networks (SAN).

It’s important to note that the IOPS numbers that are published by manufacturers do not guarantee the same real work application performance.

What is object storage? Object storage, also referred to as object-based storage, is a type of storage strategy that manages and manipulates data storage as distinct units, called objects. These objects are kept in a single storehouse and are not ingrained in files inside other folders.

Object storage adds metadata to each file, eliminating the tiered file structure used in file storage. It places everything into a flat address space, called a storage pool. Object storage offers infinite scalability and is less costly than other storage types.

What is block storage? Block storage, also referred to as block-level storage, is a type of storage that is used within storage area networks (SANs) or cloud-based storage environments. Block storage is used for computing where fast, efficient, and reliable data transportation is required.

Blog storage works by breaking up the data into blocks and then storing them in separate pieces. Each block as a unique identifier. The blocks are placed wherever it is most efficient. This means that blocks can be stored across different systems and configured or partitioned to work with different operating systems (OS).

What are volumes? In data storage, a volume is a single accessible storage area with a single file system that typically resides on a single partition of a hard disk. Although different from a physical disk drive, volumes can be accessed with an OS’s logical interface.

It is important to note that volumes are different than partitions.

What are snapshots? Snapshots allow near-instantaneous copies of datasets to be taken in a live environment. This copy can be made available for recovery or copied to other cloud servers or storage for performance or test and development environments.

A major benefit of snapshots is speed. Snapshots provide immediacy of recovery and the ability to quickly restore data to an environment. It is important to note that there are costs associated with snapshots. They can consume cloud capacity in a single availability zone, multiple availability zones, and or regions.

What is replication? Replication in cloud computing involves the sharing of information across redundant infrastructure, such as cloud servers or storage, to improve the reliability, availability, and fault-tolerance of the IT workload – applications, data, databases, or systems.

The key to highly available architecture is to plan for failure. Systems should be tested on a regular basis under varying scenarios and conditions. This ensures that your IT workloads stay online and are responsive even when components fail and during times of high stress on the system.

What is a Network Audit? When Do You Need One?

When it comes to business and enterprise technologies, cloud-based services like Contact Center as a Service (CCaaS) implementations are accelerating. According to a recent study, 96% of organizations reported using cloud services in some form or fashion. Traditional contact centers are no exception. CCaaS solutions are being deployed at a rapid pace to meet ever-increasing […]