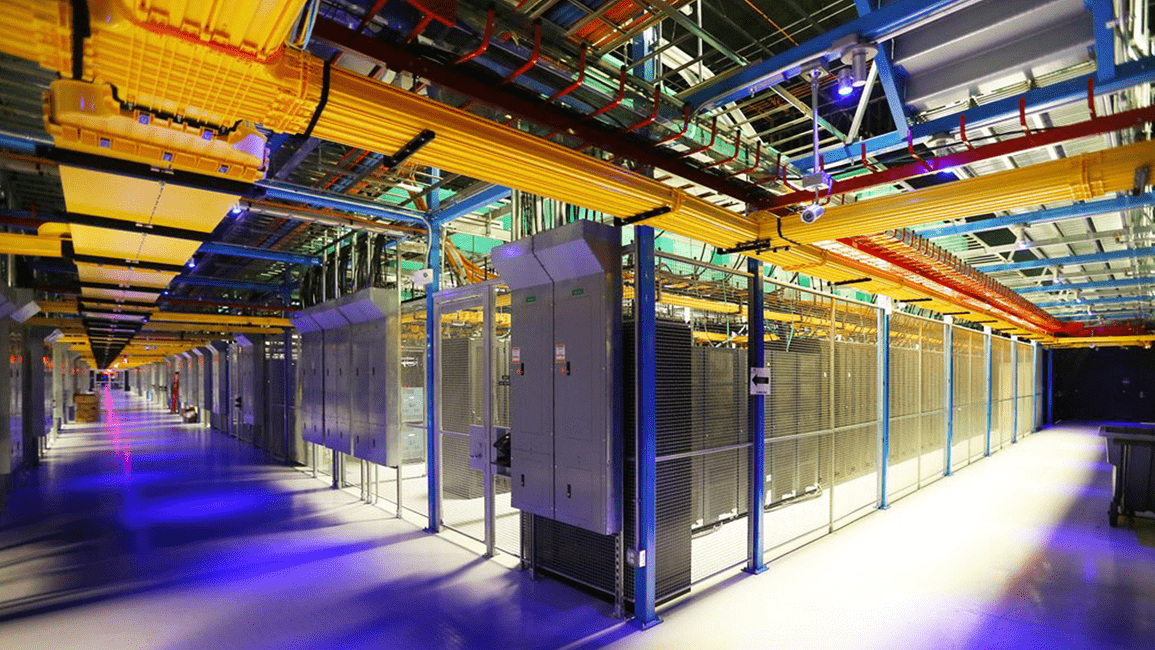 Equinix wants to dominate the global data center colocation market. The company laid out the two main strategies it plans to execute during its Analyst Day presentation in Redwood City, California.

First is the technology front. Equinix wants to have a software platform that makes it easy to use SaaS and enterprise cloud.

Second is on the financial side. Equinix wants to use its balance sheet as “a strategic weapon.”

How Equinix is Different from Other REITs

Equinix is different from most REITs because it doesn’t focus on a single real estate asset. Equinix wants to own assets worldwide. Currently, Equinix owns 200 data centers and employs 7,000 employees.

From its founding in 1998, Equinix has always focused on interconnection.

Equinix’s focus on interconnection is radically different from other REITs whose primary objective is spread investing. Spread investing refers to making investment decisions based on the difference between the cost of capital and initial cash yields on acquisitions.

Equinix wants to build a global network and has so far invested billions of dollars to facilitate upgrades and expansions. One of the latest advances announced in December and launched in January was the Equinix Cloud Exchange (ECX).

In its next evolution, Equinix wants to connect all its three global regions as well as all 200 data centers.

The ECX fabric, which is SDN-enabled, helps customers to provision new circuits in minutes. ECX is also API-enabled, which allows customers to manage all connections from a single screen. With the network, businesses will be able to migrate applications to the public cloud globally.

Connecting the three regions on a software-defined network will have lots of benefits to the Equinix’s bottom line.

According to Equinix president for Asia Pacific Samuel Lee, the monthly recurring revenue per cabinet is 50% higher when multi-metro customers deploy in all three regions than single metro deployments.

The Cloud Exchange Fabric allows customers to access both in-house and partner services. Customers will use an “easy button” to select value-add services.

Since its launch in 2014, customers have had a difficult time interconnecting multiple metros using the cloud exchange platform. Equinix believes that one way to accelerate growth is to eliminate that complexity.

Equinix expects that customers will be able to provision resources throughout the IBX platform using point-and-click just like they would with SaaS.

In its 20-year life, Equinix has grown both through M&As and organically. At the moment, Equinix is working on integrating eight acquisitions. Its most recent acquisitions are Dallas Information and Metronode Australia.

Even though M&As make big headlines, Equinix is investing over $1 billion in organic expansions. Equinix focuses most of its developments in the EMEA and Asia Pacific region, which are poised to grow faster than North America.

The company’s primary focus is to build future phases in current IBX data centers as well as owned assets. Equinix also wants to develop its land, by making 80% investments in major metro markets.

Dublin and Shanghai are examples of small markets that will soon grow into major markets.

The best use of the CAPEX is to transform the platform. There are three examples of transformational deals made by Equinix: First is the acquisition of Telecity making Equinix the biggest in EMEA.

Second, is the acquisition of Switch & Data and Verizon to expand Equinix’s scale in the Americas. The third is the Metronode deal that made Equinix the biggest in Australia. The Bit-isle deal made Equinix the second-largest player in Japan.

There are a number of key balance sheet metrics that Equinix focuses on.

These metrics will allow the company to have a conservative leverage level, significant access to capital, a steady reduction in the cost of debt capital, a position for rising interest rate environment, and equity to balance the capital structure while providing growth capacity.

In the past 19 years, Equinix has invested $25 billion in CAPEX. In 5 years, the company plans to accelerate that growth. Equinix wants to have a $7 billion net worth by 2022 in annual revenues.

Equinix expects to grow 8 to 10% in revenue on average in the next 5 years. Shareholders should expect an AFFO per share growth of 8-12% and a dividend growth rate of 2-3%. The total return in 10 to 15 years is expected to hit between 10-15% annually.

The small dividend yield is due to Equinix’s low AFFO payout ratio. The AFFO payout ratio is lower than 50% and among the lowest of all REITs. Equinix invests the remaining free cash flow into organic growth underwritten at 30% stabilized occupancy.

Equinix management plan to grow the Equinix platform in the long-term. Transformative and strategic acquisitions will be a major priority for Equinix going forward.