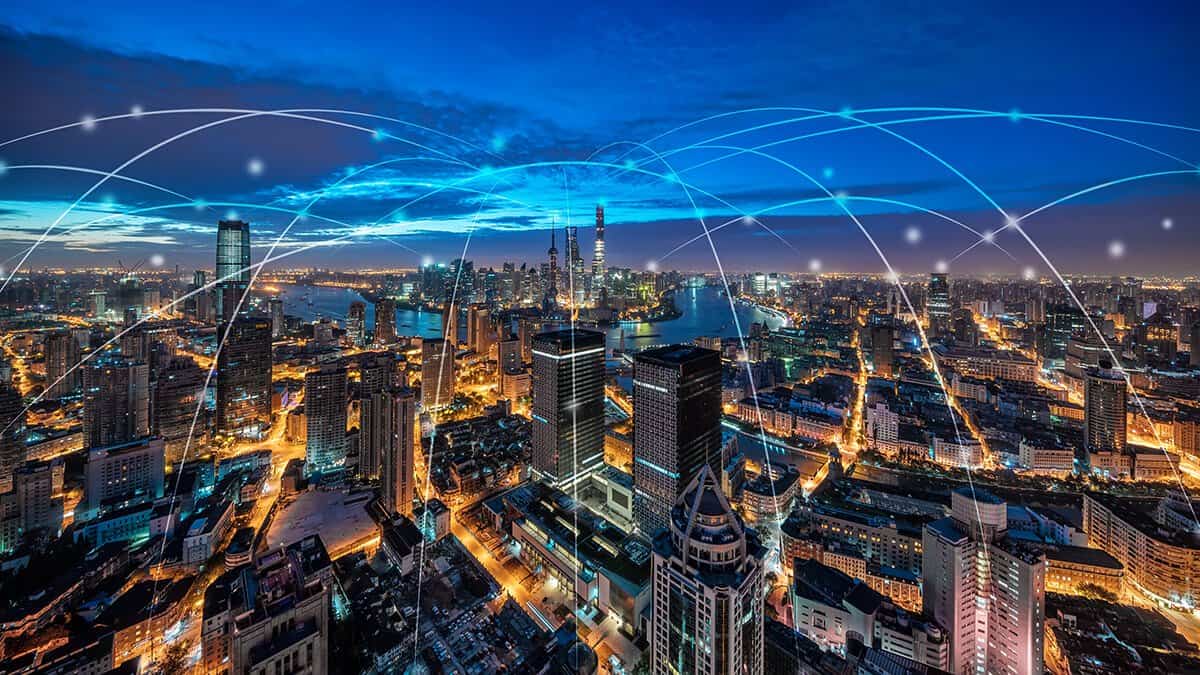 Technology advances rapidly. Today, we have smart cities, as well as a wide range of interactive and smart devices making up the IoT, or Internet of Things. All of the technology helps to create smarter cities, which are “plugged in”. Of course, for the IoT and smart cities to truly work, it means that you will need to have data centers available that can support them. Data centers are going to play a huge role when it comes to all of the new technology that is quickly creating a smart world.

Through massive networks of sensors and data analytics, smart cities are becoming more and more commonplace. They are only going to become more prevalent in the future. Let’s look at some of the different types of smart city tech and IoT items that are in use today, and then learn why data centers for smart cities are going to be so essential.

What Types of Smart Technology Is Being Used in Cities

One of the technologies that is likely going to be coming to the forefront with smart cities is lighting. New lighting systems in the cities are likely to be using LED bulbs, which are going to be more energy efficient, as they are not going to be using as much power. Additionally, they are going to last longer than a traditional bulb. The new lights can also include wireless connectivity, which means that they can be added as a piece of the smart technology of the city.

In addition to street lights, there also happen to be many other items today that have technology added to them, allowing them to become a part of the IoT. This includes things such as benches in a park, sensors mounted on posts to detect location through GPS, sensors to measure air quality, and sensors to detect the movement of traffic and pedestrians, digital kiosks, and smart waste and recycling programs to name a few.

Ultimately these and other smart technologies can help to reduce costs and improve the city. The data that the sensors are capable of gathering can provide the city with a substantial amount of insight, which is going to help make it easier for them to make changes and adjustments in different areas to help improve life in the city. Even the rise of self-driving vehicles could help to add more information and data for the cities.

However, you have to think about just how much data is going to be collected and used. To say that it would be substantial is a massive understatement. Therefore, there need to be high-quality data centers available that can help to ensure proper data collection and storage, along with connectivity and computing power to help with all of the analytics so the data can be used. Data centers are an essential part of the IoT and smart cities.

It is very likely that there is going to need to be a substantial number of additional data centers created that have the capacity to handle the influx of data from entire cities. The IoT has shown that there are substantial opportunities available today for data centers. However, those data centers that want to provide this type of service for towns and cities need to focus on smart cities given the amount of data that is likely to be received on a daily basis. This could lead to more focused data centers.

In fact, there are experts who believe that smart cities are going to change the concept of data centers. When many people think of data centers, they imagine the typical large structure. However, data centers of the future could be smaller, and as mentioned, they could be more focused overall.

How Long Before All Cities Are Smart Cities?

Turning cities into smart cities takes a lot of time, and that means that they are likely to arrive very slowly and over a period of years. This is not because they are not valuable, but because they are going to need to gain the necessary funding, and they are going to need to get the political support that is necessary. There are always those in the government who do not trust progress, and this can make the road to smart cities a bit longer.

There are some cities that are looking to the future right now though, and they are starting to adopt smart tech like those mentioned above. For the cities that want to get in on this action, it will likely be a good idea to start relatively small and then grow their smart city from that initial step. Beginning with smart lighting projects tends to be a good option, as it can help to show how cost-effective smart tech can be. When the people in charge can see these benefits, they will not be as reticent when it comes to paying for the projects.

Times Are Changing, but It Is Still Early for Smart Cities

We are clearly headed toward a time when most of the cities – at least most of the large cities – in many countries in the world are considered smart cities. The technology is available, and it is only a matter of putting it in place and ensuring that the data centers are capable of handling them. However, it is still too early to tell just how much of an effect this is going to have and just how long it is going to take before more people are comfortable with the concept of living in smart cities.

Everything Your Business Needs to Know About 5G

Mobile companies are beginning to roll-out 5G networks all over the world. Businesses, consumers, and technology enthusiasts have been waiting for the large scale roll-out of 5G for several years. Why? 5G isn’t just a modest increase over the current mobile 4G networks that most people use—it’s a game-changer. 5G will create new opportunities for […]

Internet of Things (IoT) and Network Drive Healthcare into the Future

Today, healthcare and technology go hand in hand. From endoscopic surgery to patient intake and processing, technology is everywhere. However, there are several of factors that stand out in their effect on the healthcare industry and how it will evolve in the future. Two of the most important to understand are network access and support, […]